Dutch visual artists Esther Polak and Ivar van Bekkum lived 7 months in Philadelphia. New to the city, they invited inhabitants, both human and non-human, to explain their city. Wandering by themselves, the protagonists recorded their trajectories, sounds and private readings of the streets, allowing the artists to access their experiences only afterwards. The film positions the viewer, with the artists, as unwitting voyeurs.
A radical and innovative visual approach introduces a landscape of satellite images and balances between empathic co-traveling and voyeurism. The meditative film questions our contemporary techno-society, where social connectivity and eavesdropping coexist.

The project resulted in an interactive website and a 50 minute documentary (see trailer below) Once we get There
The documentary has been shown in The Abington Artcenter in Philadelphia 2017 and at FIDMarseille IFF in France 2016
And was awarded with a special mention for concept at the 2ANNNAS IFF in Riga, Latvia in 2016

The 17 minute version of the documentairy “A Collision off Sorts” was shown at Rencontres Internationales in Berlin and Paris and had its Dutch premiere at the NFF in Utrecht.

The project has its own website that can be found here

On October 25, 2014 a packed hall in Fishtown, Philadelphia enjoyed a the first results on an Ignite Philly night 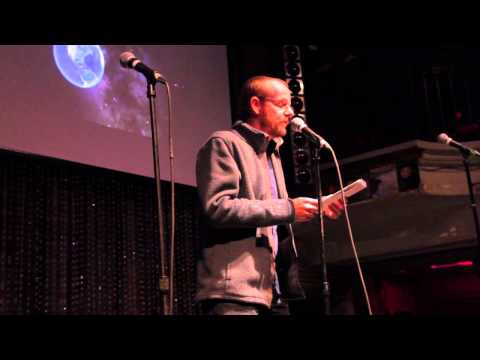